There are various interpretation and opinions about altruistic behavior observed in animals which have sociality. Majority of ethologists are negative to use word which include ethical concept for interpretation of behavior of animals such as “altruistic”. It is not scientific to explain the meaning of animal behavior from rationality of consequence of the behavior and ethical meaning. However, many animals certainly perform acts which make benefits of other individuals as the result in particular situations. Origins of such behaviors supposedly were meaningless habits or behavior which has other purposes. The behavior eventually provided several merits to the population and enhanced the fitness of the population. As the result, majority of the population had the emotion to perform such behavior in particular situation.  The emotion is somewhat variable in strength and contents among individuals. Diversity of the emotion in the population is important. Because the emotion is essentially not always rational, and the behaviors caused by emotion make negative results in several situations and environments. Then variety makes sustainability by preventing over adaptation. If the altruistic behavior of human being also the result of evolution of huma being, there are some emotions on the base of altruistic behavior of human being, moral, ethics and religious, and some have strong emotion and some are weak in the emotion.

Relation between ethics and emotion should be studied in future sciences including brain physiology and ethology. This is interesting intellectual task for scientists but difficult. Beside such scientific works, we need to study technologies for proper control and use of the emotions to “altruistic behaviors”.  The caretaker of present blog, personally, believes that the technology will contribute to the solution of global issue such as sustainable development and solution of global warming. et 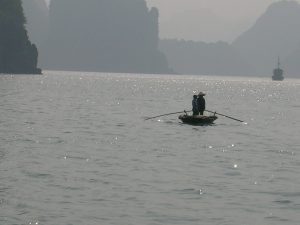